Passed by a Christmas Tree

I was proud to bring my marathon time back under five hours on Sunday, yet a few things from the race kept me humble.

Like getting passed by a Christmas tree on Mile 7.

I typically get passed by a couple runners pushing strollers. That only happened twice on Sunday, right around the 5K point, and those runners may have been running the 5K or half marathon.

Then, shortly after I had passed the Mile 6 marker, I heard a jingling sound behind me, and in my peripheral vision came a Christmas tree, chugging up next to me. As soon as she passed me, I commented aloud, “I think I just got passed by a Christmas tree.” The ornamented stunt runner, and those nearby, chuckled. I passed her back a minute or two later. 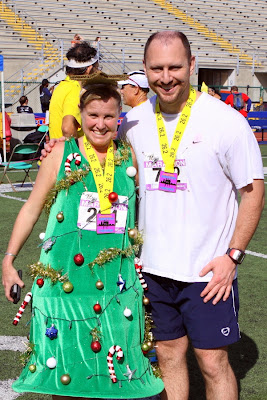 A few minutes after that, she passed me for good, and I didn’t see her Christmas lights again until I reached the finish line, where she apparently arrived about six minutes before I did. However, for roughly twenty miles, I saw the occasional shred of tinsel along the course, where she had just run.

I had also run the Jacksonville Marathon in December 2005. One of my memories from that race is being somewhere near Mile 4, one week before Christmas, and having to endure Kenny G.’s Christmas hits from police motorcycles patrolling the course. I had hoped for something a bit more “Eye of the Tiger”-esque while running.

The 2012 race, my seventh full marathon (see recap from my sixth marathon here), came on a gorgeous day. We had fog at the start. Overcast weather is nice for a distance race, and it’s tough to get much more overcast than fog. By the time I reached the point where the Kenny G. Christmas music was – mercifully – not playing, the fog had lifted, and it was a comfortable, sunny day. Most of the course had shade, so we had a pretty day, without a ton of direct sunlight. 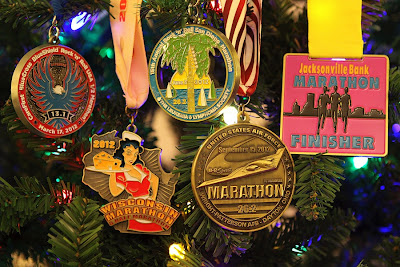 This race completed my race circuit of two half marathons and three full marathons in 2012. My main reason for adding this race was to keep me on track, physically, for climbing Mount Kilimanjaro in January 2013.
Posted by drh at 2:49 PM No comments:

I subbed for a French teacher. She had students complete a packet on Napoleon Bonaparte. A middle school student, being completely serious, said, “I thought it was Napoleon Dynamite.”

Upon hearing this, my brother, who used to maintain a blog, commented, “That would have been Napoleon Blown-apart.”
Posted by drh at 10:35 PM No comments:

“We need your prayers.”

I lived in a predominantly Muslim nation in North Africa for half a decade. Each Sunday, I went to one of the nation’s few registered Protestant churches, where the government allowed foreigners (like myself) to gather. We willingly and intentionally prayed each Sunday for our host nation’s head of state, asking God: to bless him; to give him and his advisors wisdom to lead well; and to help him lead in a way that brought God glory. At one point, leaders from our church even met with the head of state and communicated the church’s commitment to praying for him weekly. I wasn’t there when the church leaders met with him, but I remember hearing that the head of state replied, “We need your prayers.” That sort of solidified our commitment and built in a bit of accountability to follow through with what we said we’d do.

Over the past few years of living in the United States, where I’ve regularly attended one church and freely visited several others, I’ve found this sort of intentional, public, weekly prayer rare, if it has happened at all. Admittedly, I haven’t made it a priority for myself, even though I intentionally spend daily time in prayer.

For followers of Christ, prayer for our leadership isn’t optional. It doesn’t depend on a leader’s walk of life or whether an election is coming up soon. It’s simply something the Bible urges us to do.
Posted by drh at 3:01 PM No comments:

After church this morning, we decided to avail ourselves of the apple cider at the church café. My nephew, just days removed from trick-or-treating, still had Spiderman on his mind. Look at his hat. For real...Spiderman was on his mind.

I think it was difficult for him to understand that we were drinking cider, not spiders. “Warm spider?” he asked. I decided not to fight it. “Yes, it’s warm spider. Please just drink it.” 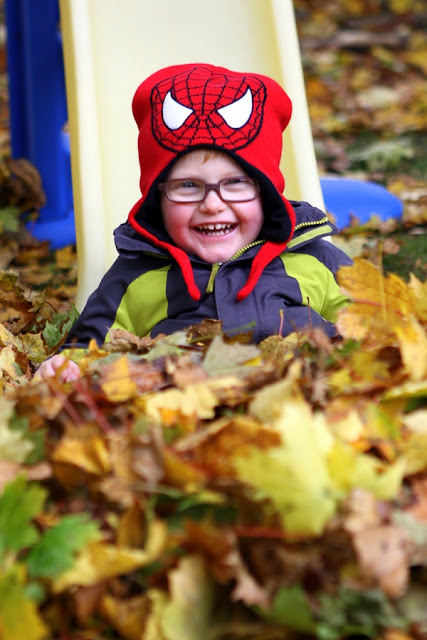 Both of my readers have probably noticed a paucity of W&O posts lately. To each of you: I’m sorry.

Over the next few months, you may have more success getting regular posts from Journey to the Rooftop of Africa, which highlights a trek up Mount Kilimanjaro I plan to join, while helping raise funds to help eMi: East Africa. (I could probably write the name of that organization a different way, but I like the nod toward a popular crime show that writing it as I did affords.)

Today is International Talk Like a Pirate Day, a subject of at least one previous post. Interestingly enough, one of my favorite sites featured the verse below, which I have taken the liberty to translate into Pirate. Seemed fitting.

I finished. After essentially not training for my sixth marathon, I crossed the line roughly six minutes slower than I did in my fifth full marathon, fifteen weeks earlier, in June.

This race featured a few firsts for me: 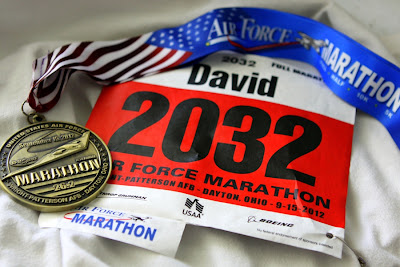 A few notes on what I wore: 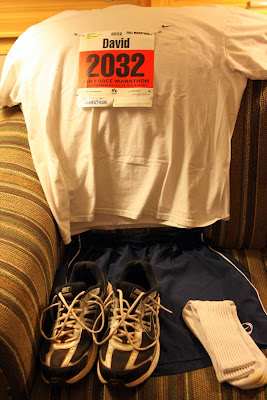 Which posts have been most popular over the past month?

Take the number below. Subtract one. Learn how many times this week I’ve visited W&O myself.

The following headlines, which are automatically updated regularly, were written by people who have better things to do than to read my blog. As a result, an occasional headline may be incongruous with the family-friendly principles upon which this blog was founded. If that happens, feel free to check back a little later.